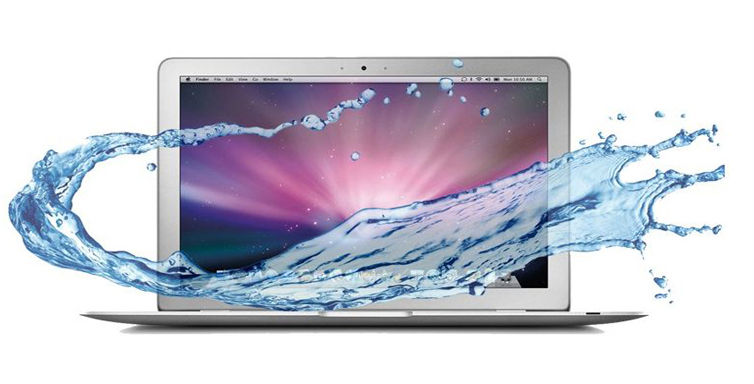 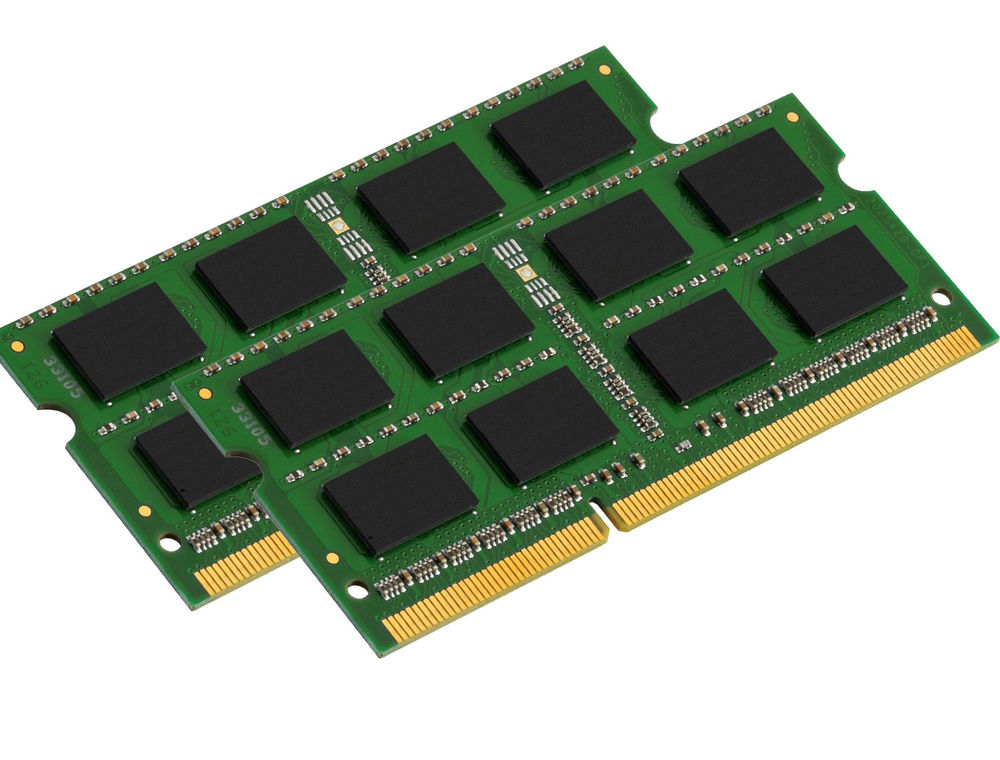 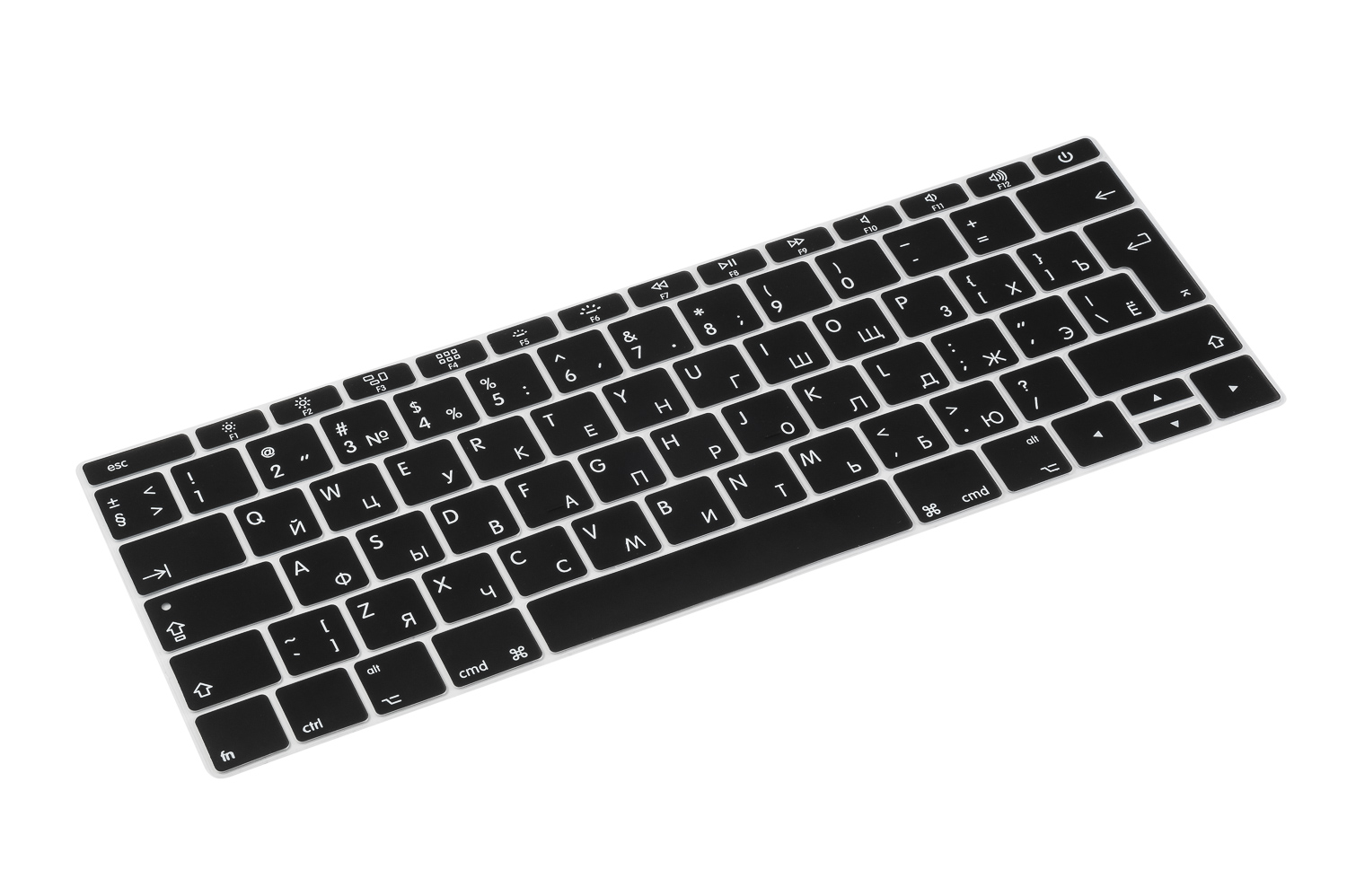 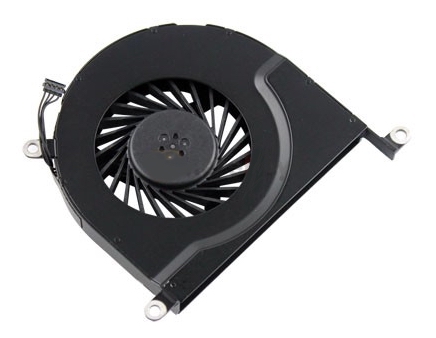 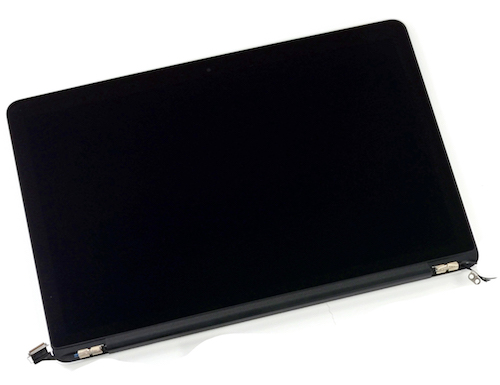 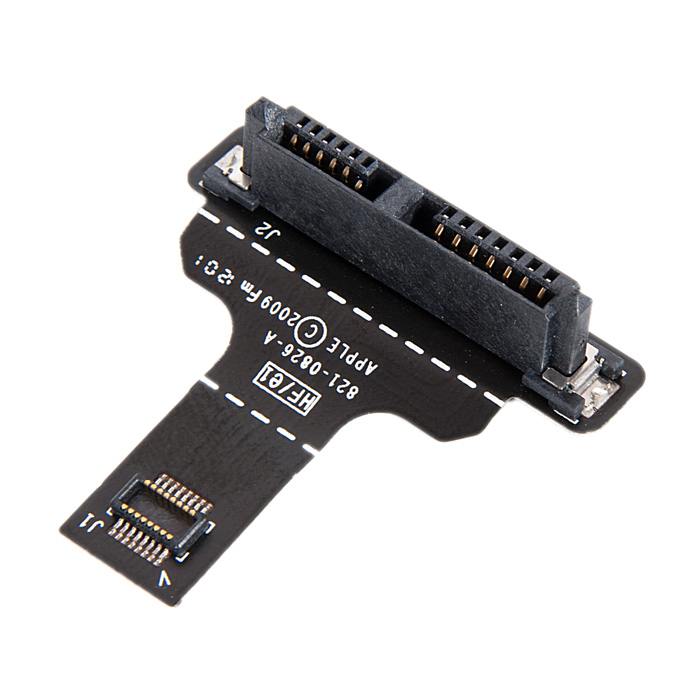 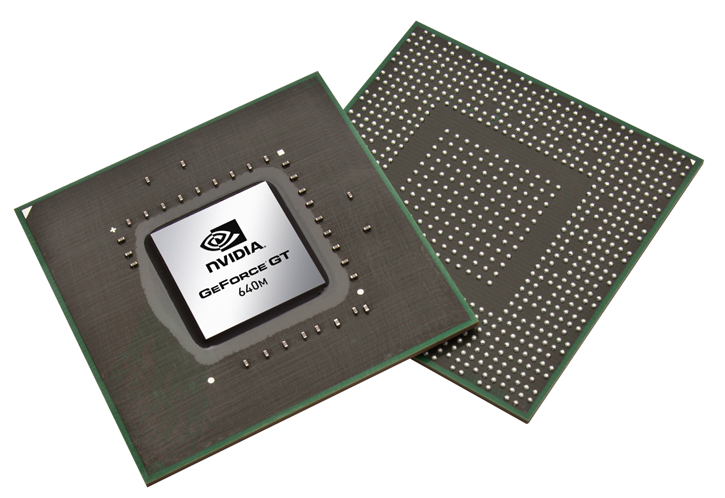 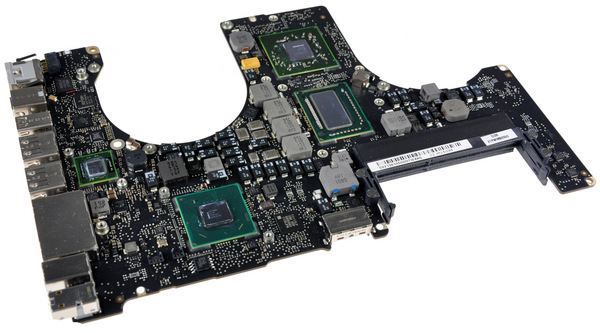 RU this article on russian

MacBook Pro Retina A1398 appeared in mid-2012. He was the world's first laptop with retina screen. The display, compact size, low weight and effective operation system made it uncompetitive. These retina screens are still very popular and up-to-date in performance.

Since 2012, five A1398 platforms and a dozen of versions have been released. See the data below.

Unfortunately all models have typical (generic) fails. In 2012 Apple acknowledged A1398 fail officially and extended the warranty period up to 4 years. The program ended at the end of 2016.

Fortunately, we know how to fix these typical failures. The repair is reliable and does not cause the BGA chip change. Let’s take a closer look on the trouble.

This fail occurred in the MacBook Pro Retina A1398 in the middle of 2012 and the beginning of 2013. MacBookPro Model ID10,1 – Retina with discrete graphics GeForce 650M, 1st-2nd lines on the table above.

Most often the problem develops gradually.

Initially the screen picture disappears during high workload, with high heat output, when Mac utilizes the discrete GF 650 graphic processor. Screen picture disappears, the Mac continues to work, the fans keep on turning, backlight is on and sound is adjustable. Sometimes black screen is followed by Mac reboot, freeze-up or shutdown.

The GpuTest_GUI («donut») diagnoses the problem. After a certain time of the test proceeding, Mac shuts down. Here is an example video.

We recommend testing the computer for about 10 minutes when buying a second-hand Mac of such a model.

The next stage is when Mac being turned on with black screen, or the screen appears and disappears, back and forth. At the same time you can hear the power-on sound, the Mac reacts to NVRAM reset. Feels like it boots and works, but with no image on the screen. The power-on sound may be missing if mute mode is on, but it will reappear after a reset eventually.

How to run Mac without screen working?

Even in such case you can run Mac. If there was no disk encryption (that is, if the Mac is loaded immediately to desktop with a password), please try this: turn on the Mac even with black screen, wait until it boots up, then close the top –and put it into sleep mode. After reopening the top the screen image will appear.

Upon exiting the sleep mode, Mac initializes the GP unit again. It cannot find the discrete graphic, but recognizes integrated (‘on-board’) Intel HD4000 processor. Mac starts using it, and works until the next shutdown or reboot. If we take a look at the system report, there will be no sign of discrete GF650 video card there. 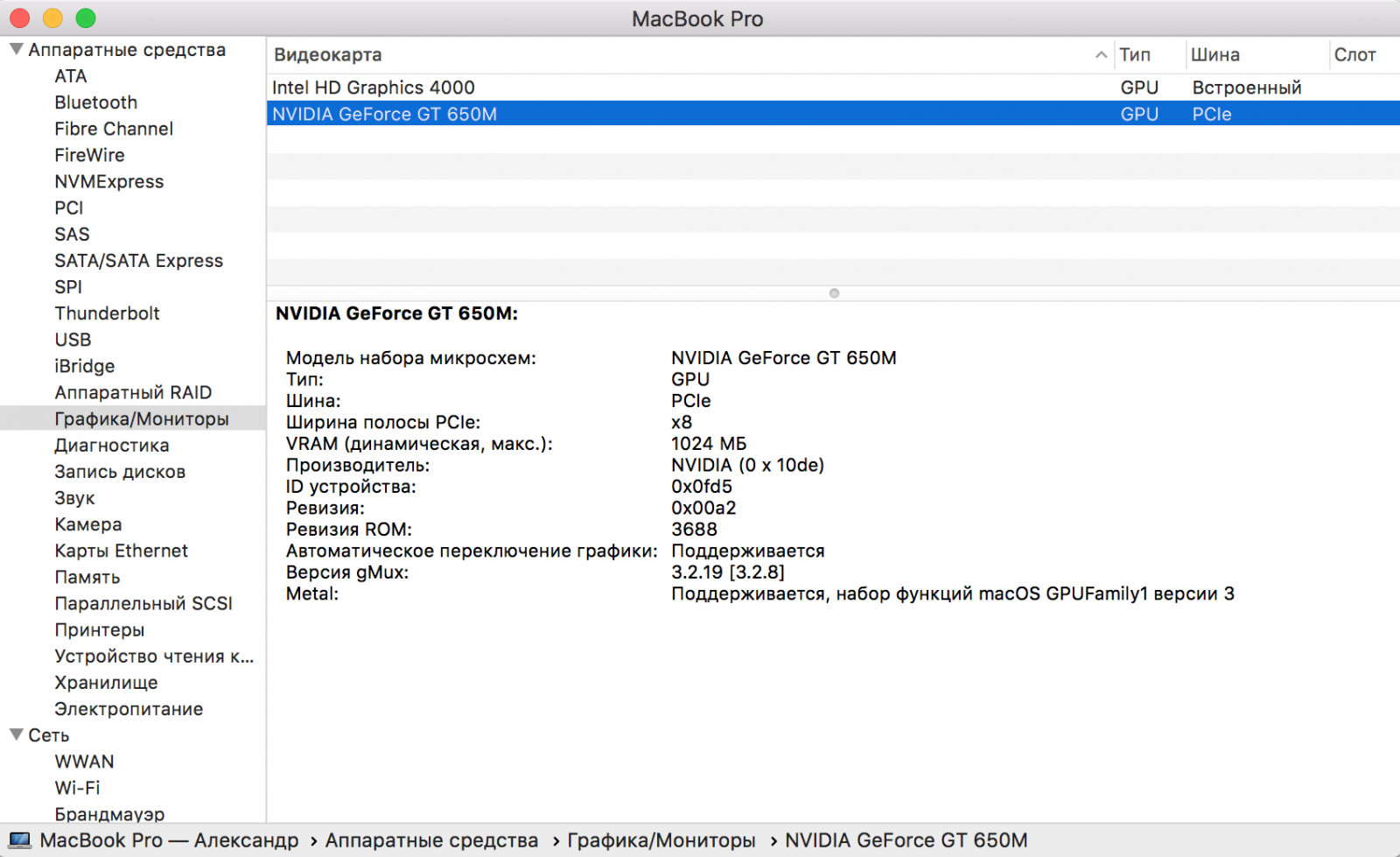 Upon turning on and before the system boots, Mac is using the discreet graphic card GF650 solely. As the system is up and running, Mac is able to choose priority GP and switch between them depending on the workload.

Even a non-specialist would understand that problem cause lies within GF650 graphic processor unit. Here’s the main reason for troubled services offered by unqualified repair shops. They sentence GF650 GP unit (marking N13P-GT-W-A2) to being replaced. Usually this ‘repair’ ends up very sadly.

Why GP chip does not need replacement

It is nearly impossible to rebraze the GP unit properly. VRAM, coated with compound, is located directly below. If you try to braze the chip with compound on, 90% chance you will kill the VRAM. Removing the compound is extremely troublesome, most of the servicemen neglect it. More that that, there are very few ‘true’ GF650s on the market nowadays – mostly you’ll find ‘overmarked’ Chinese microchips that would cut your VRAM capacity in half or cause ‘striped screen’, leaving alone it would work at all.

Most importantly – IT IS NOT ABOUT THE CHIP! Out-of-service microchip situations are very rare. You will always see stripes and artifacts on the screen in case of a graphic microchip breakdown. If it is not the microchip – then trying to ‘fix’ it means trying to knock the whole computer out.

I’ve seen plenty of Retinas killed by such ‘repairs’. Bringing them back to life takes huge amount of time (and not always possible of cource). In such occasion I am bound to rebrazing the microchip and VRAM, hoping for the best. The board is very vulnerable – you will not be able to fix it if it was overheated while microchip replacement attempt. Here’s the example of such a repair with chip replacement. 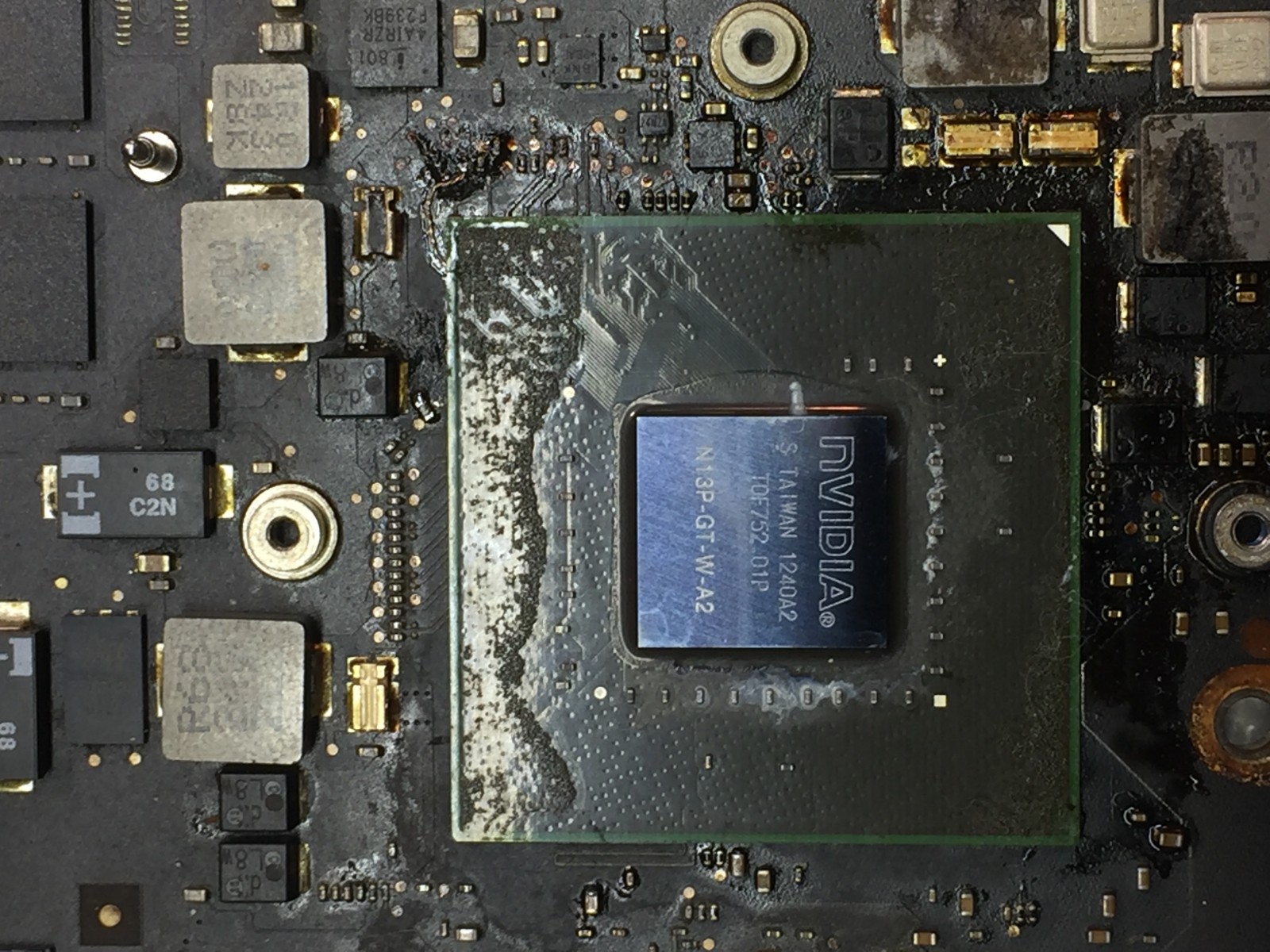 For this reason NEVER agree to GP chip replacement if you faced the ‘black screen’ trouble with Retina А1398 produced in 2012.

It is concerned with discrete GF 650 graphic processor. But graphics is not about the GP microchip alone. It is an area with more than hundred parts and components located on the board. These are (but not limited to) VRAM, frequency generator, four feeders, videoswitcher, dozens of small logic microchips, chokes, resistors, condensers and so on.

What breaks down there

I will give you a clue: the problem hides within one of the feeder chains. Here’s the logic: with no power supply microchip shuts down.

How to fix it

The repair process comes down to local replacement of a defected component. We do not touch, braze or heat up any BGA microchip so the result is really reliable. And of course it costs much less than GP unit replacement. If you remember, microchip replacement is really dangerous and is not helping in such case.

This defect is really treacherous and volatile, the symptoms vary – it is really hard to find the logic pattern. Mac is able to work for a whole day, or may shut down immediately upon boot-up. Usually the black screen appears at first, or Mac freezes, following by complete turn-off or reboot.

How to reproduce the problem?

Most often the problem is repeated immediately after turning the Mac on, and seems to be difficult when computer is in working position. It causes another difficulty as Mac can work all day without problems in testing position. Customers recalled their Macs being returned by official and other service shops with a diagnosis: “No detected problem”.

The fault appears in Retina with discrete graphics and with an on-board GP unit only. Graphics used by the Mac is not important as the defect appears on both cards (if there are two of them mounted).

There is no common answer yet, although a bunch of tests were made. If anyone has the answer feel free to post it in comments. Symptom frequency varies with different Macs. To the notice, the problem is easier to reproduce immediately after turning on the Mac, to do so use the boot-up with the rest. Start the processor test, for example the Sun benchmark, then give it a couple of minutes to rest and run it again until the Mac turns off.

Another option: continuously repeat playback of a short video in HD resolution on YouTube. Customers confirmed the problem is easy to reproduce when surfing the internet, opening and closing different tabs, especially in the Chrome browser.

The symptoms described above lead to conclusion that the true problem lies within CPU. Not the processor itself of course, there is no need to change or cure the CPU, as if it fails, the situation will be stable. For example, the Mac if being overheated always turns off or freezes or runs extremely slow. Defect is not volatile.

What is the problem?

It is not that simple as the CPU itself. Its power supply and chains are the most complex part of the board by the scheme. On the other hand, modern processors’ launching and operating logics are difficult to understand even for manufacturers.

The defect within any of the CPU power sources leads to a freeze, reboot or shutdown thus we face our ‘unstable’ problem.

How to fix it?

Repair requires selective replacement of faulty components. The processor is not subject to repairs, heat or replacement as the problem is somewhere else. This problem requires lots of time for testing. It is obligatory to state and research the problem before the repair and make sure what exactly is wrong. Volatile defects and malfunctions are more difficult to test and repair. It is much easier when Mac does not turn on at all, as in this case the solution is obvious: malfunction is to be found, corrected, and the Mac works.

I managed to cope with the problem recently, but we've already dealt with a dozen of such cases with zero warranty failures. Repair costs dramatically less than CPU or motherboard replacement. Here's one of the client reviews.

Please be careful when buying second-hand Mac A1398. Test it for the abovementioned problems. There are plenty of salesmen online that sell off troubled Macs.

And, of course, if you faced such a malfunction and now reading this post, be sure we are ready to help for a reasonable price. We offer reliable service with 6 months warranty.

That’s all for now. Please post your questions in comments. You are also welcome to call, text or e-mail us using Contacts shown here on the website. 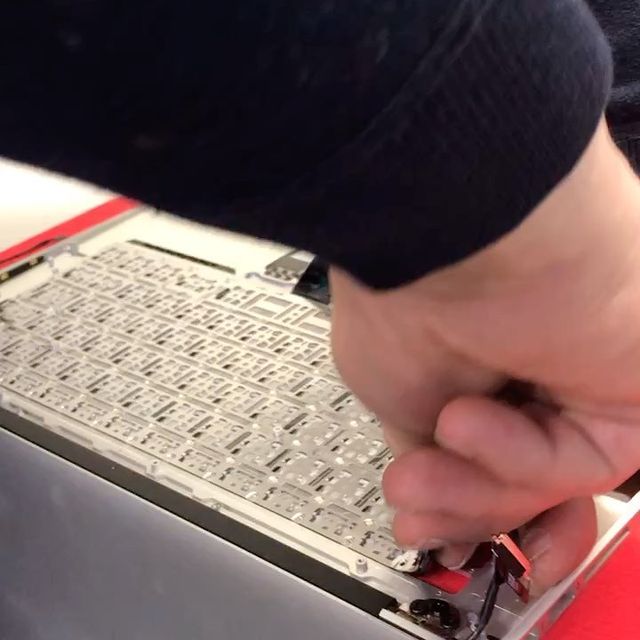 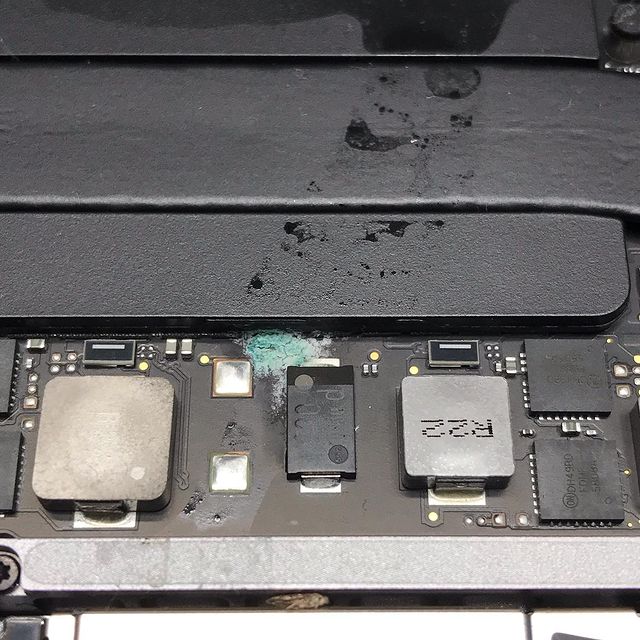 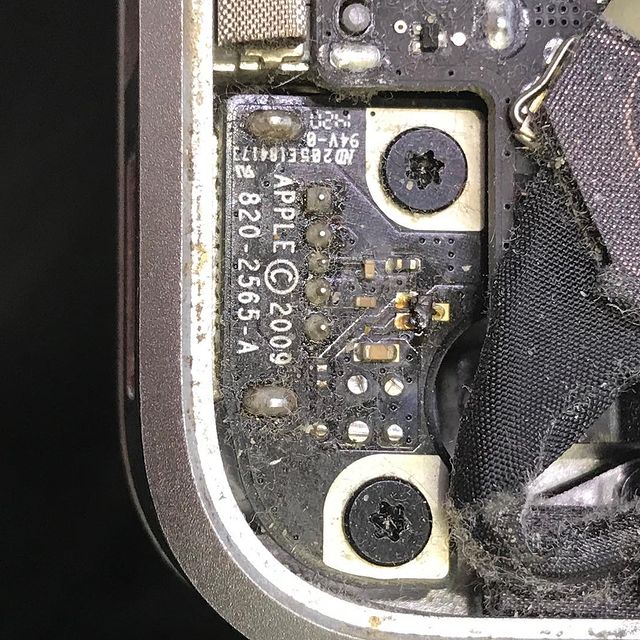 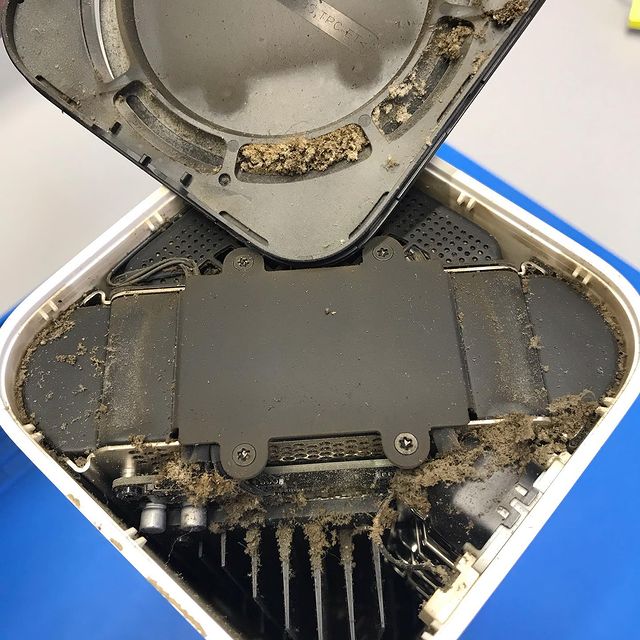 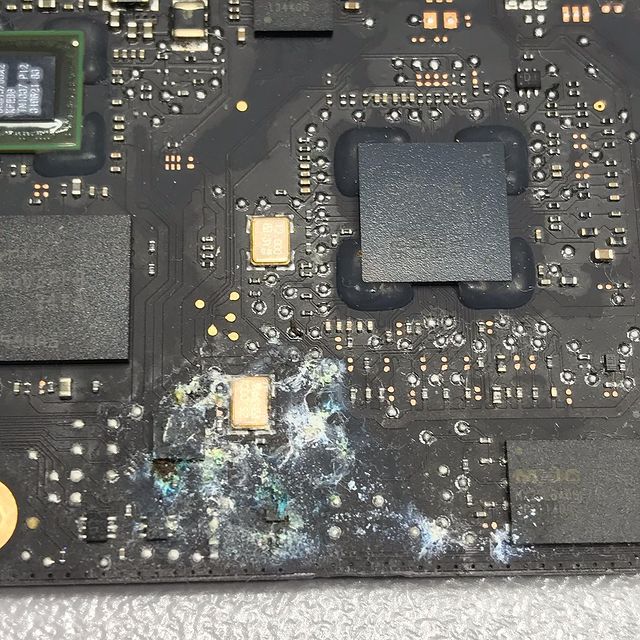 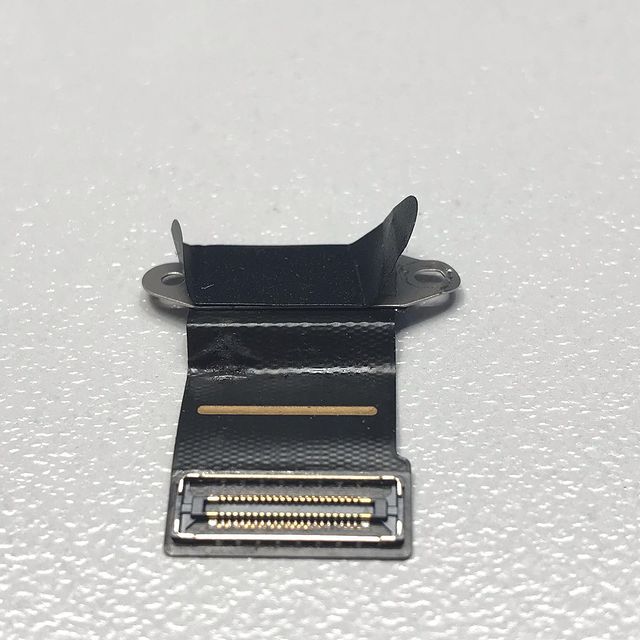 Thank you for the work done, we parted money in two services, and here Alexander made the repair in less than a day and took me to three! times less money than requested in another service.

They brought MacBook retina 2014 after another workshop, who sentenced him to death) (processor is defective) 1 day of repair and laptop is ready) The master is deeply immersed in his work and knows all the details of any malfunction, I recommend!

I want to thank master Alexander because He was able to understand the problem with my macbook pro 15 2013. - hung up. Before him, he was in two services, where he was sentenced to a replacement motherboard, and he managed to do repair, which is almost 2

Thanks to Alexander for saving my laptop from unscrupulous craftsmen. They changed the keyboard with Alexander, eliminated the consequences of flooding and cleaned it. Everything was done very quickly, I was even in shock. If suddenly something else happe

Alexander is the master of golden hands, who can confidently entrust the health of his favorite gadgets.

Excellent service for the repair of any technology epl. Appealed twice, both times satisfied. Everything is clear in the case, and quite profitable! Now I recommend to friends, they are also satisfied)

Did dusting and replacing thermal paste on a MacBook. The work was completed in 20 minutes, satisfied with the result

Passed MacBook Pro A1398, the standard problem - the disappearance of the image under load. Appealed to several specialized Apple services, but they had 2 options - to change the motherboard or warm up the video chip. With that the price tag was transcend